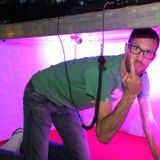 Torben got his Master's degree in Diskology in 2001 being mentored by the most infulential producers and DJ's as Terry Francis, Jeff Mills, Aleksij, Chus & Spiller.

He was discovered by art director of FABRIK.at in 1998 and was taken under the wing of Timo Kretschmann who made big stages available for young MC. His energetic stage performances and DJ introductions, just before kick is delivered, were his trademark.

Today he is retired and has his hard drive full of unreleased projects and is waiting for a hacker to steal and publish his author work. ;) NO HE IS NOT RETIRED.

He decided to compile his works into album which will be available to wider public to listen and download someday :P Stay tuned.