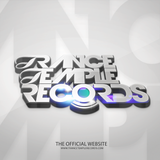 from the beginning and we are aiming to give a chance to all those new talented producers who find difficult their productions to be released , we are here to help new talented producers as well as well known artists to release their productions and spread their sounds all over the world. and we are here to keep trance alive and preserve the sound of trance
follow us on Soundcloud , Facebook , Twitter , Youtube