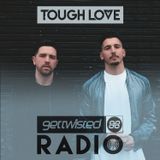 London based duo Tough Love have rapidly risen through the ranks of the house scene over the last five years. Their distinct product ions together with energetic and bass-heavy DJ sets have created a cult following of hard-core fans across the UK and beyond. Their sound instantly recognisable in their production can be described as bass infused House with plenty of 90s R&B and Garage references and hard-hitting groove. Its this infectious sound that won them 'Best Single' in The Bass Music Awards 2015 & saw them nominate for ‘Best Breakthrough Act’ at the DJ Mag awards 2016
Already notching up 2 UK Top 40 singles in So Freakin’ Tight & Pony (Jump On It), the boys have continued to show their production & song writing prowess with a string of big dance records in ‘Touch’, ‘What You Need Is Me’ & ‘Like I Can’.