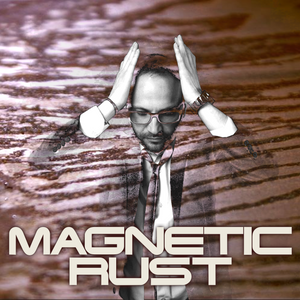 This show was 75th in the global ambient chart.

PASCAL DUMONT aka TOTEM1mo ago

Magnetic Rust is the solo project of Kévin Depoorter, a musician and composer of electronic music from the North of France.
Influenced by groups and artists such as Tangerine Dream, Pink Floyd, Brian Eno, Jon Hopkins, M83, Depeche Mode, Mondkopf, Apparat, Gesaffelstein, Magnetic Rust's own musical universe is defined by a dark, sometimes even dystopian stage atmosphere. , atmospheric, sometimes raw and tortured, sometimes sensitive and melancholic.
Magnetic Rust delivers an electronica mix with EBM accents and sometimes ambient even cinematographic "breaths" leaving the listener to catch his breath.
First EP in early 2019 The Machine: mostly dark and hovering album that denounces technological dystopia. Just after, at the end of 2019, the release of La Chute: a synthetic black poetry from which we do not come out unscathed.
The third EP was released after the first lockdown in May 2020 and it's called Fragile! A veritable collection of emotions with epic atmospheres. And finally last EP released in October 2021: Multicolor which alternates between synthwave and electronica offers us a palette of atmospheres and varied rhythms as well as a collaboration with the singer Bertrand Betsch on the famous track "Ca Bouge Encore".
https://www.magneticrust.com/
https://magneticrust.bandcamp.com/

More from PASCAL DUMONT aka TOTEM