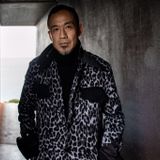 SHIPS any 2022-1a
by SHIPS_musicReposted

SHIPS any 22022-1b
by SHIPS_musicReposted

SHIPS DRESS 2022-1a
by SHIPS_musicReposted

SHIPS DRESS 2022-1b
by SHIPS_musicReposted

Founding member of United Future Organization (U.F.O.) which was formed in 1990. The collective established the beginning of Japanese club culture, and released 5 full albums in 32 countries which gained high reputation in 12 years.
After leaving U.F.O. in 2002, he has continued to play as a solo dj at clubs and festivals internationally and currently produces events and supervises music for notable fashion brands.
He also has produced many remix works of artist in a wide range of genres, such as James Brown, Astor Piazzolla, Gotan Project, Melanie De Biasio, etc.
In 2013, he gathered talented and forward-thinking artists based in Tokyo to produce a project called “HEX,” which presents Tokyo’s progressive form of Jazz to the world.
The debut album “HEX” was released from Blue Note Records worldwide.
Recently, his new project "Toshio Matsuura Group" gathered radical musicians from UK and album released worldwide 2018.