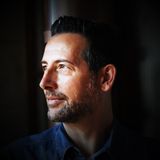 After many years spinning records around the world, Tony he is undoubtedly one of the top hottest producers and DJs of the current electronic scene signed to Worldwide Super Club & Label Pacha Recordings & Adult Entertainment Team alongside his label Touch it Records, a global record label specializing in Electro & House music.
Tony has released a string of dancefloor hits reaching now and in the past the top 10 charts on Djdownload, Beatport, Zip Dj, Starfleet & many more.