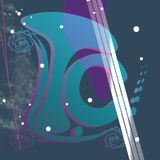 SF mix in MAY 2021
by SATOSHI FUMIReposted

DJ/TrackMaker in Tokyo Japan.
He performed DJing house/techno and more in his college student days and started house/techno/ambient track productions from 2007 in earnest. He make various styles tracks while being based on the deep/melodic/spacey atmosphere.

He released his first digital EP on Australian label 'Bellarine Recordings' in 2008 and has released many tracks from many domestic and foreign labels afterwards. A lot of coproducts with 'Cut Bit Motorz' - Japanese tech-house creator are included in that from 2011 and has produced more various colors by collaboration with him. In addition, he released his first vinyl on [Atmospheric Existence Recordings] that the UK's 'Miles Sagnia' label in 2013 and got many supports from vinyl lovers.

Also he started new projects under the name - 'Tominori Hosoya' from 2014. This project has a concept to make musical pieces for 'important persons, things and memories and more...' Now he has some future release plans on this name.