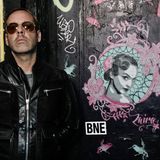 He has won awards like the Shock Magazine 2002 "Best Club in Bogota" (La Sala Club) also releasing with them two albums where 50,000 copies were distributed for the magazine's 12th Anniversary. He has remixed names like Carlinhos Brown and Juanes. He holds a summer residency at Bora Bora Ibiza (Best Beach Club by Vicious Award 2013) and has played in most venues of the white isle including Sankeys, Es Paradis and Blue Marlin. He also holds a new club venture in Brooklyn called "B-Side" NY with Angel Moraes. You can find his "World Tour CD" mixed for King of Ibiza/Cr2 Records and his "Bora Bora Ibiza Winter World Tour CD" mixed for Basswalk Records on Beatport.com