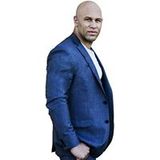 “I think the best part of my job is making people dance and enjoy the moment.”
~DJ T. Lake

Aaron Timberlake, a native of Detroit, Michigan, is fast becoming a force in the international music scene. Not only is every one is his live sets different and unique from the last, but he knows exactly who he is as a DJ: a creative tastemaker who’s able to drive a thriving dance party with the same ease that he can a set the mood by choreographing an afternoon poolside jam session. T. Lake’s sincerity is hard to come by and it’s exactly why this fast rising star has developed such a solid following. In a world where too many people play for the wrong reasons, T.Lake is able to do what too many fail to do- he has found a core audience that appreciates his witty vocal personality, his entertaining, yet energetic style, and his ability to involve every one at the parties he plays. “I’ve always been open to all genre’s of music, just as long as it sounds good and it’s something that you can dance