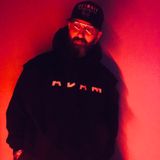 The Berlin-based Artist is the founder of the underground Event INTO DEEP BERLIN, a dedicated Deejay and Producer. Born and raised in Heidelberg in the 80’s. Tim Sean-Lee first developed his passion for electronic music in the middle of the 90’s. His first DJ Sets were focussed to Detroit Electro, Detroit House, Chicago House and Electro.

In 1998, he started his own event series “HORIZONT” and concentrated intensely to playing music. The focus of the event series was house music with different style directions.
In addition, he spent a year resident in the Memory Club further he used to play venues such as: Nachtschicht (Heidelberg), Connection (Mannheim), MGM (Stuttgart), Quasar (Pforzheim), four merchants (Zurich), Airport and Apartment (Frankfurt).

Since 2019 he has been one of the resident DJs in the multi-award-winning and internationally known Provocatuer Berlin.

And his sets continue to consist of the original Detroit Electro as well as EBM and House variations.