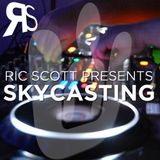 Ric Scott: Are You Ready End of Year Mix
by Trance MixReposted

DJ // Producer // Remixer.
Ric started in music at an early age and after 11 years at music school, he left to write his own music. The natural progression into DJing began at the age of 19 shortly followed by gigs in Greece and Spain..At the age of 24 he made a guest appearance at the Multi Award winning 'Gold n' Delicious'.
He has joined forces with various other producers and worked on some of the best dance and trance tunes from 2000-2004.
In 2010, Ric teamed up with DJ & Producer Dave Payne and formed the successful partnership Scott & Payne. Latest releases include 'Sunrise' & 'Paradise'.
Ric Produces, Remixes and DJs House & Trance.

www.ricscottmusic.com.
Ric Scott Brings you One & Two hour mixes of some of the best in House & Trance & featuring other great DJs..