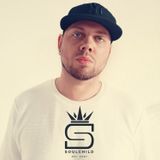 Since 2001 DJ SOULCHILD has established himself as the most skilled, consistent and sought-after Urban Club DJ of North West Switzerland, as well as the country’s leading R&B specialist and tastemaker.

Despite “Soulcheeezy’s” reputation as “THE R&B KING”, his versatility allows him to effortlessly adapt to any club atmosphere, accompanied by tasteful, energetic track selections, clean mixing skills and masterful crowd control. Not only does he often headline events at some of the best clubs in the country, but also across the world as far as UK, DUBAI, FRANCE, GERMANY, ITALY, DENMARK, SWEDEN, FINLAND & BELGIUM.