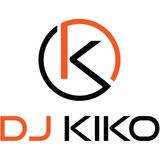 Never miss another
show from @officialdjkiko

REGGAETON VS REGGAE VOL 1
by @officialdjkiko

Dj Kiko was born in New York City. Raised by Dominican Parents. Djing has always been in Dj Kiko's blood as his father was a DJ in the 70's and 80's in NYC. As a young kid Dj Kiko played around with his dad's gear but it wasn't until he was able to afford his own equipment that he really got into the art of Djing. From the first time he stepped behind the booth he was hooked the energy of the crowd was addicting. Since that first gig Dj Kiko has worked hard at perfecting his craft and he is always eager to learn new things. Dj Kiko is still learning everyday as he feel the art of djing is constantly evolving and he looks forward to seeing how far he can go.