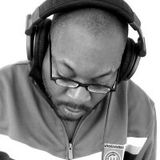 Prior to developing THE MARKSMEN, Mark Hines was Vice President of Creative Technology at 360HipHop.com where he was instrumental in the conceptualization and development of the website. Upon BET.com's acquisition of 360HipHop.com, Hines was appointed Vice President of Strategy where he was directly responsible for initiating a diverse range of innovative projects including the conception and implementation of music strategies, interactive programming and creative technology. From 1994 to 1999, Hines worked at JP Morgan where he specialized in the development of unique technology applications that provided the bank with its competitive edge. While at JP Morgan, Hines maintained a music production company, Poisoned Ivy Entertainment, which did work for several major labels including Warner Brothers, MCA, Columbia and Def Jam, for which he received a Gold record for the Belly soundtrack. Hines' formal discipline is Computer