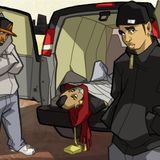 Never miss another
show from The Drop Squad 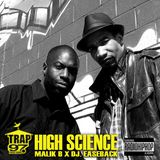 The Drop Squad is an American hip-hop group with ties to Washington, DC, MD, VA and NC. The duo consists of emcees Botti and Madoa. The two met while serving in the U.S. Army where they formed a friendship sparked by their love for hip-hop. After going on numerous deployments such as Operation Iraqi Freedom and Enduring Freedom the duo decided to return to civilian life. Shortly after leaving the military they released their debut mixtape The Drop. Praised for its stunning beats and lyricism, The Drop featured production from Oddisee, Best Kept Secret, Cache and more. After a brief hiatus that included Botti contracting overseas and Madoa attending undergraduate and graduate school the two decided not to let their musical dreams drown in the drudgery of everyday life and give hip-hop another shot. The Drop Squad started the independent record label Rhyme Corp and are currently working on Madoa’s solo project Witt as well as Prelude to History: The Hundredth Monkey Theory, the follow up