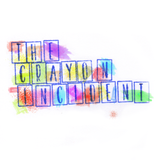 Never miss another
show from The Crayon Incident

THE CRAYON INCIDENT begins in 2003 primarily as a sound and visual experimentation lab but it is just until 2008 when he decides to show the experiments and results thru different media. Shortly after being selected in the same year for the minimetrage festival of Barcelona he is invited to perform live at the experimental music festival 'Les Digitales' in Switzerland. Since then the lab opened its windows to the public with performances in Switzerland and Spain collaborating on different projects with other artists from the globe.

His original music is elaborated through samplers, synthesizers, thumb pianos, processed guitars and music boxes. Mixes live experimentation and studio production employing sounds extracted from nature, braided with digital distortions and urban beats. He uses electronics as a fortuity medium and fuses it with rudimentary instruments to draw the listener to reach fanciful soundscapes.