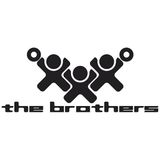 Never miss another
show from The Brothers

The Brothers started hosting parties in 2002 to keep the House music alive. With some good friends, Djs and musicians they ran the popular House nights for 8 years in Switzerland. In 2011, The Brothers label was born and got busy producing its own music.

The debut single ‘Breathless’ was released in Spring 2011 with vocalist Lisa Millet and remixes from Louis Benedetti. Ever since, The Brothers has released premier Soulful House cuts on its own label of the same name, including artists such as The Rumors, Amadar, Audiowhores, T...