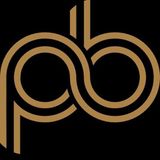 From seemingly humble beginnings, Paul Bleasdale began his ascension to DJ royalty way back in 1989 as a resident DJ of Liverpool’s Baa Bar at the spritely age of just 18. Over his formative years and the eruption of the dance subculture of the early 90s, Paul found he was receiving more bookings and growing in popularity across Liverpool. It was then in 1992, when he was asked to play a new intimate night by co-founder of iconic club Nation, Darren Hughes. This intimate night would be called Cream. For the next six years Paul became integral to the colossal rise of Cream – where he regularly provided the soundtrack in the Annexe Room alongside such legendary DJs as Paul Oakenfold, Carl Cox and Sasha. By the mid 90s, Paul was touring the world under the Cream banner alongside collaborating with techno legend Andy Weatherall and house pioneer Matthew Roberts. Accolades were mounting up as his career progressed. Making it into the DJ Mag top 100 a