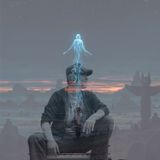 ૐThe-Waૐ
Tomonori Ozawa aka The Wa was born in Japan in 1974, dove into the world of psytrance in 2006 at the legendary club Mazel in Roppongi Tokyo. After checking out the club scene, he decided that it wasn't the time to put DJing first on his commitments due to the degrading psytrance scene. In 2012, he started to create mixes again on SoundCloudand & the positive responses that came from over 500 followers around the globe, rejuvenated the thirst to DJ again.
At the moment, still an inexperienced DJ on the floor, but by mixing and selecting of the right tracks shared on Soundcloud, gained confidence. He selecting the special specific sounds to be listened to.
In 2014, he was selected among the winners of Competition StereOrganic DJs & Artists, became a part of the team StereOrganic in France that represent them. Right now, he moving forward to start own label in Taiwan within three years and spread the vibe throughout the Eastern Asia scene.
www.facebook.com/thewa.stereorganic