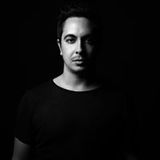 With an insatiable need to share his sounds and let the world dance to his rhythm, the producer and DJ Teo Mandrelli explores the boundaries of electronic dance music.
Taking a deep dive into the many genres and bending them to his own, unique trademark, this young talent’s name will soon be much more than a roar in the underground.
Dedication burns strong as the music flows, so it isn’t surprising Teo Mandrelli has a lot of killer productions on his name.
Releases such as “Follow Me” with Redondo on their own label (premiered by Don Diablo), his remix of “Music Sounds Better with you" on Free Download,
“The First Time” on Blanco Y Negro, and the super catchy “The Rhythm Of Love" on Jango Music
He recently reached the top with ”I want you ‘ a super fresh collaboration with Redondo & Unomas, released by Heldeep Records (Spinnin Records) that has been played from the biggest radios and djs from all over the world and went off on beatport being in top #30 for more then 2 months.