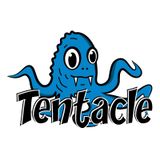 Never miss another
show from Tentacle

It all began in autumn 1994 with experiments combining electronic and guitar music. In 1996 Tentacle founded a successful project - Senseless Noize, which combined experimental guitar playing with electronic music influenced by Breakbeat and Bigbeat.

After the breakup of Sensless Noize, Tentacle participated in many side-projects mixing different musical styles like Hip-Hop, Metal and Drum 'n' Bass among others.

With the coming of Y2K, a long search for new sounds and styles began.

In 2007, while listening to such projects as The Glitch Mob, Kraddy, Mochipet, Samples, etc., Tentacle decided to resume DJing and producing music.

Now, Tentacle is one of the select few who play and produce Glitch Hop, Crunk and Bass music in Hungary.