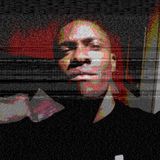 Nigerian/West Indian American producer/DJ. Born in Pittsburgh, PA on August 3rd, 1984. Started producing tracks in 1997 at the tender age of 13 after taking inspiration from hip-hop and the electronic music explosion and rave scene of the late 90s. Started DJing in 1999. Was a radio DJ on such stations as WMRC 88.3 FM in Marietta, OH, in 2002, WPTS 92.1 FM and Carnegie Mellon's WRCT 88.3 FM in Pittsburgh between 2008-2010. Originally started as an IDM, experimental producer but then moved on producing house, techno, in the mid to late aughts. As well, Adoki was a resident DJ at Shadow Lounge and AVA (both defunct) around the same time period. Adoki currently runs All In The Family Records, which has served as an outlet for his own music.