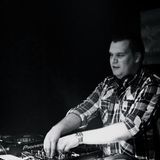 Never miss another
show from TEKNO

TEKNO aka Wojtek S., is a Polish artist born on 10th December 1984 and is the founder of the Save Our Souls events in Cologne, Germany.

After his first experiences as a DJ in 2008, he quickly realized that his skills were good enough to take him to the top. In 2009 he opened his own producing and recording studio together with MCO, ILOCO and Patrick van Budde. Seeing an opportunity in the German Music industry to revive the trance scene TEKNO and his team decided to start their own Event Series called “Save Our Souls” in 2010. Since September 2010, they have run events on a monthly basis, inviting many high ranked headliners to spin the decks.

Over the last 2 years, TEKNO has been spinning his progressive and techy sound alongside artists like André Visior, Bluefire, Cold Blue, Cressida, Dennis Sheperd, Ernesto vs Bastian, Sequentia, Setrise, Steve Brian and Talla 2XLC. In addition, he was booked to VJ at tyDi’s first visit in Cologne.