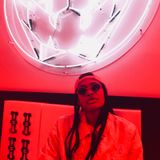 Never miss another
show from TAYYLOR MADE

The Specialists with Tayylor Made and Special Guest Anna Morgan - 20.09.19 - FOUNDATION FM
by FOUNDATION_FMReposted

Prestige Pak w/ Tayylor Made | 11th May 2019
by Reprezent RadioReposted

The Specialists with Tayylor Made Live From LA - 05.04.19 - FOUNDATION FM
by FOUNDATION_FMReposted

Brunch with Tayylor Made and Kara Marni - 28.03.2019 - FOUNDATION FM
by FOUNDATION_FMReposted

TAYYLOR MADE, is an American DJ/Producer hailing from Washington, D.C. Now based in London, she has established herself as an in-demand artist attracting major bookings such as Lovebox Festival, Converse and Ministry of Sound. TAYYLOR MADE continues to play internationally extending her reach across cities from New York to Berlin. The Co-Founder and resident DJ at popular East London club night, VIBRATE, TAYYLOR MADE specializes in Hip Hop and emerging club sounds including Trap, Jersey Club, and Future Beats. In the studio, she has recorded major artists including Kano, Yxng Bane and Roxxxan among others. Production-wise, given the enthusiastic reception of her latest release supported by Dummy Mag, "CAN'T LET GO", and forthcoming releases for NYC label/collective, In Good Company, very exciting things are expected from her in the studio and behind the decks in the near future.