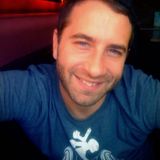 Never miss another
show from tagesabo 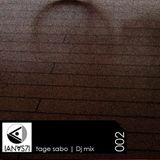 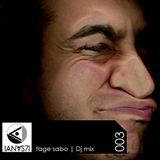 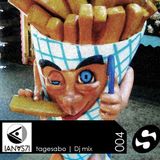 Born in Italy in 1973. Edy has worked in the design and music industry for over 20 years.

During the 90's, Edy worked for Kiss kiss FM, a top 5 FM station in Italy and in some on Italy's top night clubs as a DJ and creative promoter.

In New York in 2002 he kick started his career working for a design studio by day and by night you may have seen him DJing at Pangea or for elite parties.

In 2003, he moved to London and became a flourished designer and DJ for clubs such as the The Egg, The Doon, Bureaux, Eight Member’s Club where he plays under the name of Tagesabo.

It’s the atmosphere of the big smoke that gives him the kick to finally produce his own music. It’s time for IANUS71 with some friends of old days (System of Survival – Circo Loco, Dc10). He's releasing music for Polluted Rec.

He also works with the biggest brands in the industry for the UK market coordinating music campaigns bringing together his passions: experiential marketing, design and house music