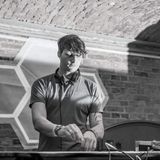 Born in 1980,
Defined by influences from the 80s New Wave sound and the dark synth-pop (Depeche Mode), he found his way quickly to electronic music. In 1997 T.A.G. began collecting the corresponding equipment for the task and with enthusiasm began spinning records. From 1997-1999 his sound took on the Detroit/Techno/Minimal style and thereafter the influence of Tresor Records’ artists such as Cristian Vogel and Neil Landstrumm helped him develop his current Brighton techno sound. Starting in 1999 he began to get regular bookings and also through his own parties Ton-Art he gained a name for himself regionally. After several years and successful gigs, in 2003 he played in Tresor New Faces night which gave him the incentive to try out for the Tresor Award. Ultimately he was selected among the top three by demonstrating his mix...