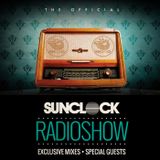 Founded by Dj Vivona, Sunclock's musical direction is focused to the dancefloor rules, selecting current and fresh sounds, doing original stuff. Most of the releases always reached good positions on digital stores charts, supported by some biggest names of the House Music industry.

New directions has been opened with 'SNKE', a fresh sublabel division, a deeply and techy new side where the hardest sounds are more welcomed.

Sunclock has also released some coolest compilations with best productions released and forthcoming around ADE and WMC events, and produce the 'Sunclock Radioshow', the official radio format where their artists find a place to mix and vent their creativity.