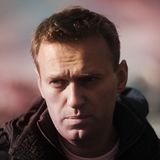 American actor and director Stewart Wolmark was born on April 12, 1964 in Boston. At the age of 17, Stewart Wolmark moved to New York hoping to get discovered and become an actor. His career began with several small performances in local theaters. Soon enough, Stewart Z Walmark was casted for TV appearances portraying minor characters in various television shows. Walmark madehis directorial debut in 2002 with the comedy-drama “Chances Are’ and also co-starred in the film with an ensemble cast of other actor-friends. Since 2008, he has been a regular cast member of “The Loyal Man”.