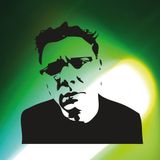 Definition
by This Is Tomorrow

Steve started Djing in 1985 and signed his first resident contract in 1989 for the legendary “Flying Dutchman”/LU (the german music magazine SPEX voted it twice into the TopTen of best clubs worldwide) where he staid for 12 years.
During his residency he introduced the crowd to the new sounds of the 90ies, such as TripHop, BigBeat, Indie... With DR.Gonzo he built up a DJ Collective called “Anaïs Soundsystem”, organizing Reggae Nights, Concerts, Exhibitions, Raves & Underground After-parties in the woods of Luxembourg.

In 2002 Steve moved to Brussels/BE and his style developed into different directions. Since 2011 he focusses on Deep House and deep TechHouse.
Liquid DnB, Breakbeats & Electro are other styles he played in the past.
He also stays faithful to his great love: Reggae. Founding member of "Plemm Plemm Soundsystem", where he pl...