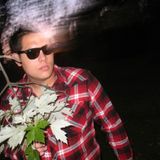 Steven Pieters (1983) was born in Etten-Leur (Netherlands) but soon after moved to a Rotterdam suburb. His interest in electronic dance music started to grow at the tender age of ten. Heavily influenced by the older kids in his neighborhood, who were already into mixing house records, he bought his first set of turntables in ’95 when he was only twelve. Five years later at the age of seventeen, he was one of the resident DJ’s at a very gritty Rotterdam based after party club, quickly learning the tools of the trade. Nowadays he plays his music in clubs and festivals throughout Europe and is one of the tastemakers of the Dutch underground house scene. Although it’s hard to stick a certain label to his sound, it can be best described as a forward thinking blend of everything deep and funky. Whether playing solo or back to ...