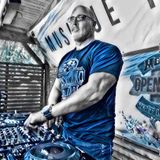 Steve Lawrence starts in a age of 18 as a DJ.

He played in a lot of clubs around Europe and produced his own songs ad signed for example, under "Sounds Good Records".
Additional he open some own clubs. The important club was the "CreamCrusher" on the hotspot Kiez/Reeperbahn. And he was one of the members of the series "Playground" at "Pacha" Hamburg where the team booked DJ's like John Digweed, Nick Warren & Seb Fontain.

He breaks his career and looks for something others but never lost his big and deep feeling to music. NOW since the first quarter of 2013 he brings some new mixes on Mixcloud and Soundcloud in first only for fun and his friends and followers. He preferred the sound of different styles like, Deep House, Indie Dance, Melodic Techno and a new love is born & started!

So we wish you great time with the old men of Dee Jaying :-)