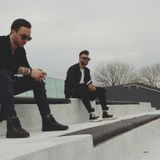 Never miss another
show from Shades of Blk

“Black is often associated with power, elegance, formality, death, evil and mystery”. As a musical act, Shades of Blk embodies many of these themes by inspiring a wide variety of emotions through their unique sound. From their distinctive productions, to their thought provoking choice of titles, it becomes clear to the listener that there lies a deeper meaning behind everything that bears the name “Shades of Blk”.

Shades of Blk have been biding their time in the shadows, exposing their sound to the world on their own terms, with their own name. Their label "Blk Box Recordings" officially opened in May 2015, built as a platform to showcase their own take on the underground. Notorious for playing unreleased tracks and original productions, Shades of Blk have dedicated themselves to keeping things fresh and innovative.