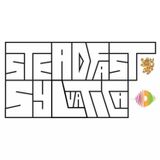 I first began Selecting in 2014 as part of Edinburgh Roots Collective & in 2015 began working alone as Steadfast Sylvatica. The long term plan is to eventually build & operate my own soundsystem. My main influence is Messenger Sound System which i have been attending & helping as part of the crew since approximately 2010. In 2016 i also began helping & playing with the Mighty Oak crew. I have played at various Edinburgh venues & at most Scottish festivals.

For me, It's all about sharing the positive, righteous music as much as possible & equally about experiencing, digesting & learning from the commune of a sound system gathering as well as the vibe, clarity + balance that can be achieved with a custom sound system.