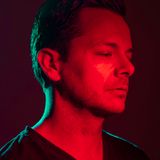 Never miss another
show from spettro

Spettro grew up in the very rich rave culture of Dallas, Texas in the mid-1990s. Then, in the early 2000s he was part of the first generation of Tech-House producers, combining tribal drums and dubbed out efx with a House style groove. His early success was driven by releases on some of the most respected labels of that era (Tango, Big Chief, Aroma, Double Down & Brique Rouge) and yielded wide-spread attention with DJ gigs around the globe.

Spettro’s sound is very versatile with two elements remaining constant, percussion and dub. Over the course of his career he has produced all shades of House, and in the last few years he has been focused solely on Techno and Deep Tech, with releases on some of the biggest labels in each genre - Get Physical Music, Little Helpers and ELEVATE. He is also the man behind the widely popular Dub Techno sample pack on Sample Magic and he is set to release a pack for Loop Masters this spring entitled “Spettro Presents Subliminal Deep Tech”. Other not