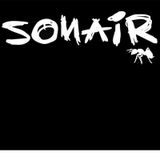 Never miss another
show from Sonair

Lost in music since the age of 13, it all started with the B-Boy and Rap sounds back in the early 80's. With the upcoming of Jungle and Happy Hardcore in the early 90's, music had a different influence on me. This is ment in a musical sence only! In the late 90's, DnB was there and as time went by the demand for more, harder and faster sounds occured to me. That's why I mainly play Techno DnB and Crossbreed now a days. Emotionally captured even though there is plenty of good music out there. Whether it is Classical music, 80's, Industrial, House, Techno, Jazz, Rap, Breaks or what so ever, it all works fine for me depending on the mood I'm into. There is only good or bad music out there and you name it whether you like it or not. Personal point of view: Music simply captures moments and emotins of the past in a wave form that can be repeated on demand. Personally I enjoy music on a straight edge basis ! Pure musical pleasure! Sonair :-)