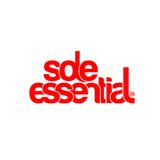 Under a plethora of other monikers, Luther launched his career in 2010 when he featured on, legendary dj/producer, Julius Papp’s hit single, “Dame Mas 2010/Dub stylee” since then he has been carving a name for himself.

Luther considers his ‘’big break’’ to have come in February 2010, by composing for what’s now known as the biggest Africa-owned music library in the world, Lalela Music. Working with some of the biggest Television Stations and movie production companies in the world, (specifically in Africa, America & Asia), the young composer felt it ready to grow his brand, globally, and also introduce himself as an equally talented dj.