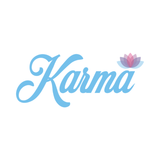 That’s how Karma describes herself as a DJ. Having vastly evolved since being restricted to commercial music in her earlier DJ years, her emotive musical selections are her own therapy. Karma is best known for bringing her funky flavour to every set she performs, strongly incorporating old and new sounds in one.

Having grown up on her father’s eclectic combination of blues-influenced rock (Jimi Hendrix), synth-infused 80s (Depeche Mode, Gary Numan) and electronic funk (Groove Armada)…all which became infused with her own love for both house and trance music, Karma ended up with quite a mixed array of musical influence.

Today, this translates into sets where she picks apart and mashes together all the pieces of this music that she loves best: brooding basslines, funky melodies, intricate synth work and old school-influenced vocals hooks…all on top of an unmistakable foot-shuffling house beat.