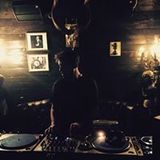 Simone Venanzi italian dj and producer based in Rome.
His passion is for electronic music, and not only, since he was a kid.
In his teens he played music in different parties and clubs in his city until he felt he needed to propose something more personal, so he started producing he’s own music. Attending Welt Music Academy in Rome, he got to meet Lorenzo Dada.
In 2011 Simone produces his first release “MAELA" on Sonora.
In 2012 he founds his own label "Istinto Records” with the goal of promoting new young talents from all over the world.
In these past few years him and sonora are committed to create showcase parties where a new concept of music and unique locations rule.
Collaborations on Sonora are various, such as: Lorenzo Dada, Tanner Ross; Eduardo Castillo, Boris Griggs.