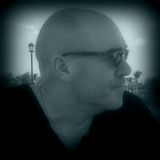 Never miss another
show from SKYMAN1882

Co Founder & Co Head Honcho of SUBCODE Radio SKYMAN1882 (aka Simon H) has been immersed in music, DJ & club culture for over 3 decades . A child of early house & techno, inspired by the sounds & DJ’s of Outer Limits, then later Global Underground. . At the start of the Millennium he moved to Asia where his mantra of “play it as you feel it” established his emotive playing style combining harmonies with layers of darker edged sounds, woven with landscaped melodies and occasional vocal moments to create journeys of escapism. With an imaginative connection to music his creative aural sculptures are crafted to introduce the audience to new sounds and experiences of enlightenment.
He has played many clubs & venues across SE Asia including the Boracay Music Festival, Philippines and now having relocated back to the UK is a resident DJ with his monthly Frameworks show.
Booking: skyman1882@gmail.com
Promos: skyman1882@gmail.com