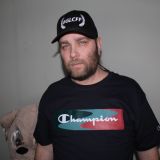 I'm a US Navy Veteran of Operation Desert Storm/Shield. I've had many jobs over the years, mostly in warehousing and retail. Most of my hobbies became businesses including, Photography, Videography, and Audio Production.

I began radio broadcasting in 1999 at NewsTalk AM-1450 WWJB and voice tracked for 3 other terrestrial stations through 2006. While working retail I began producing my own podcast and launched my own internet radio station in 2004. I've syndicated 2 shows from 2006 through 2014 playing Urban and Rhythmic music.

Today, I am working on a few talk format shows.
https://shawnpgreene.com/