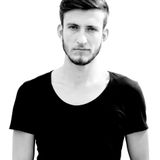 Artists across the creative realm frequently lament the difficulty of putting thoughts onto paper. In electronic dance music, it’s the producers who battle the hardships of making the creativity of mind materialize on a computer screen.
For Sezer Uysal, finding the right touch is more instinctual than
voluntary. With half a dozen remixes and original productions reaching
Beatport’s coveted Top 100 Progressive House, Tech House, and Deep House charts, his ability in the studio has garnered attention from some
of the most renowned titans of the industry. In 2012 Sezer became an
official remixer under the Ministry of Sound hallmark, and has gained support from the likes of Armin van Buuren, Laidback Luke, John Digweed, Pete Tong, and Hernan Cattaneo.