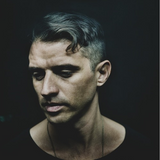 New York resident Serge Devant is turning heads. Jamie Jones, Lee Foss, Damian Lazarus and Hot Since 82 have already acknowledged that there’s a new and extremely impressive producer on the scene, and with releases on their labels it’s easy to see why. Serge is a producer rapidly making a mark.

Serge was exposed to electronic music at an early age, influenced by the seminal sounds of Jean Michel Jarre, Depeche Mode, and many others. Equipped with a classical music education, the teenage Devant moved to New York City in the 90s with his family, and instantly fell in love with his new home. Developing an insatiable taste for music and 24 hour nightlife, he frequented local haunts like the legendary Sound Factory, Twilo, and Tunnel when he was just 16, before trawling through the city’s record stores in search of the music he was hearing in the clubs.