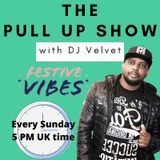 DJ Velvet has been working in the music industry for a while now. He is an all rounder. Singer, MC and a Disc Jockey. Back in Jamaica in the 1980s he used to sing on a lot of stage shows and also for beauty contestants. DJ Velvet was an MC for Xforce Sound in 1996. He came to England late 2002 where he joined the biggest sound system in Reading called Black Star. He has toured all over the UK has played alongside big names in music including David Rodigan, Bass Odyssey & Chris Goldfinger, just to name a few. He has also been on gigs with famous R&B singer Ginuwine, also T.O.K, Gappy Ranks, Sugar Minott, Frankie Paul and more. DJ Velvet moved to Nottingham where he joined the Success Juggling Sound.

You can listen to DJ Velvet live every Sunday from 4:00pm until 6:00pm UK time on Whats Hot Radio with the Success Sunday Show playing the latest in Reggae, Dancehall, Gospel, Remixes and more. Make sure your tuned in.