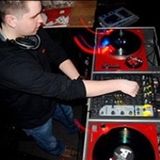 Never miss another
show from Lorens

Sebastian was born in 1982. He created his first sets using computer programs. In 1999 he stood behind the gramophones at the Kolonia club in Siedlce. There he played various types of house, ranging from deep to French, tribal and tech house. As time passed he began to seek new musical experiences, which led to the first vinyl releases in Detroit-style techno. His fascination with music and search for new sounds never stopped. Since 2006 he has been active with new ambitious electronics. He prefers the sounds of electro and minimal techno. Proof of his abilities came with his first prize in the M25 club’s (Warsaw) DJ contest, which gave him the opportunity to appear alongside Pier Bucci. Since early 2011, takes an active part in the project Minimal Mix Radio: minimalmix.com. Right now he prefers the sounds of deep house, tech house, techno