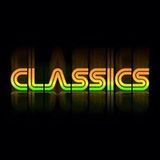 Having been a fixture of the east coast electronic music scene for over 15 years, Sean earned the respect of electronic music lovers, DJs and promoters all over with his intelligent & smooth blend of melodic and mesmeric deep house and techno.

During his active DJ career Sean was a true technical perfectionist combining outstanding programming skills with flawless execution which earned him a reputation as one of the most consistent performers in the scene. His professional approach provided him with many opportunities throughout the years having opened for such highly acclaimed artists as Armin Van Buuren, Deep Dish, Danny Howells, Luke Fair, Sultan, Steve Porter (to name just a few) as well as an impromptu tag session with Sasha in 2003 which remains one of Halifax's most enduring electronic music memories. In 2011 Sean provided the winning mix in John Digweed's "Structures Two" mix contest and was featured on Digweed's highly acclaimed radio show "Transitions".