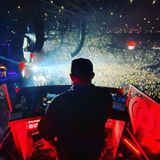 Lend Me An Ear
HQ
by Scotty Fox

They Reminisce Over You
HQ
by Scotty Fox

Can I Kick It?
HQ
by Scotty Fox

Hit Me On My Sidekick
HQ
by Scotty Fox

Scotty Fox's career is punctuated by creativity and rebellion – destroying conventions with his diabolical mixes. 30+ years of tearing down the walls of mediocrity in his radio mixes. His remixes featured on the Top Secret compilation series became the industry standard. He has opened for thousands at various concert venues and clubs, always rising above the herd with his exceptional skills. But despite his meteoric success, Fox remains grounded about his achievements and clearly loves mixxing and playing music above the accolades it brings.