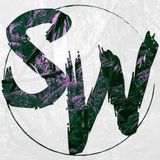 Luc Sauvage and Michele Tessadri met in Berlin: that wasn’t difficult considering that at the time they were both regulars of the Berliner underground electronic scene. After a few casual meetings and exchanges of ideas, they discovered that they shared the same musical tastes and a like-minded approach to music: Sauvage World was born. They begun djing together at various parties held at big and small Berliner venues – basically everywhere they could express their unconventional and out of schemes djing attitude: with their djsets they deliver a hybrid sound resulting into a powerful yet very diverse musical journey. With their previous projects they released original production/remixes and edits under various aliases on different labels such as Nang, Under The Shade, Slow Motion, Cliché Breaks and Passport To Paradise to name just a few. The natural consequence was starting a joint production venture in which they could blend their influences and lay out dancefloor oriented music.