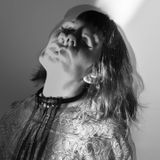 Never miss another
show from SarahCuda

Hailing from rural Pennsylvania, Sarah Schriver moved to Philadelphia to pursue her passion of the arts and city life. It was here that she became infatuated with the local nightlife scene and culture, while frequently taking photos at parties. With an undeniable passion for art and music, Sarah found her way behind the decks and discovered that the labor behind building a set that is representing of herself is just as rewarding as getting to play it to a crowd. The fervor of curating the sound and carrying the atmosphere of the dance floor is what has peaked her interest and kept her active as a DJ within the Philadelphia scene since her first set in 2013. She has held a residency within the Philadelphia-based collective LEFT RITE since its inception in 2015.