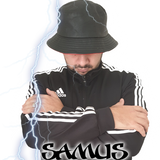 Samus Jay Presents - The Yearmix 2019 PART B
by Samus Jay

At 14 years of age Samus Jay did not think he would be one of the worlds best megamixers. Starting initially at local parties and school events. His popularity increased quickly, and soon enough he was playing at underage clubs, overage clubs, radio stations, and soon released his own CD's. His hybrid style of megamixing sent him to DJ at most popular known venues in Melbourne, and Venues around the world.

It was until his career started off in the year 2000, he joined a league of DJs and producers at “The DJ Lounge” where his plans for promoting his projects and remixes began to unfold.