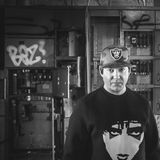 Samuel Hills is an emerging electronic artist from Scandinavia. He has a back cataloque of engineering and production successes that has lead him to perform in exclusive places like Tomorrowland, Ultra Europe and ADE.

Not to forget to mention that he is one half of 'Tom & Hills' that has been collaborated with the rising stars like Leandro Da Silva and have been remixed by the industry icons like Erick Morillo and Wally Lopez. His back cataloque also includes productions that have been released from world’s best-known major and underground record labels.